Director of ‘The Survivalist’ nominated for BAFTA 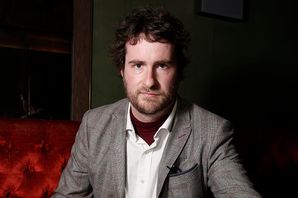 We are delighted to share the news of ‘The Survivalist’ Writer/Director Stephen Fingleton’s BAFTA Nomination for Outstanding Debut by a British Writer, Director or Producer.

Fingleton is naturally thrilled by the nomination for his debut feature film, which was announced this morning by Stephen Fry and Gugu Mbatha-Raw.

The Survivalist continues to go from strength to strength after Stephen’s win at the British Independent Film Awards of for the Douglas Hickox Best Debut Director late last year, to now being BAFTA nominated!

But the praise doesn’t stop there for the dystopian drama, renowned industry magazine Screen Daily donned Fingleton ‘a major discovery’ anhonour for any Writer/Director, never mind a newcomer.

Upon his nomination, Fingleton tweeted: “Very happy that The Survivalist has been nominated for a Bafta for best debut.“

More about The Survivalist