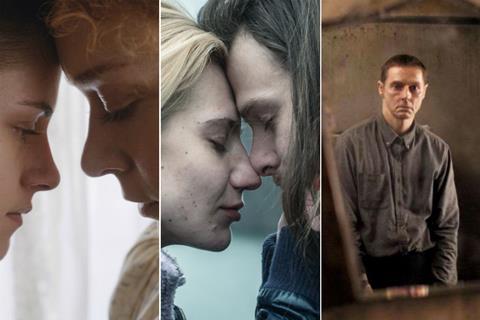 We; at Bulldog, have been incredibly busy recently and are delighted to share that we have bolstered our slate with the acquisition of Lizzie, Mug and Possum.

Lizzie; directed by Craig William Macneill (The Boy) is a psychological thriller based on the infamous 1892 murders of the Borden family in Massachusetts. Chloë Sevigny (Boys Don’t Cry) plays Lizzie Borden and was also a producer on the movie; a project that she has been keen to make for many years. Kirsten Stewart (Personal Shopper) stars alongside Sevigny as a young house maid who shares a chance intimacy with Lizzie that blossoms into a wicked plan and a dark, unsettling end. Lizzie will be released in cinemas on 16th November 2018.

Mug (Twarz) won the Silver Bear at Berlin International Film Festival earlier this year and is a biting satirical drama from Polish director Małgorzata Szumowska (Elles, Body, In The Name Of) Mateusz Kościukiewicz plays Jacek, an outsider from a religious small town who has a horrific accident and becomes the recipient of his country’s first ever face transplant. The film will be released in cinemas on 7th December this year.

Possum is the long-awaited debut feature from writer/director Matthew Holness, co-creator and star of the cult TV series Garth Marenghi’s Darkplace, produced by Mark Lane and James Harris of The Fyzz with the backing of the BFI Film Fund. It stars Sean Harris (Mission: Impossible – Fallout) as a disgraced children’s puppeteer who returns to his childhood home and is forced to confront his wicked stepfather (veteran Alun Armstong – Funny Cow) and the secrets that have tortured his entire life. With a range of influences including cult films of the 1970’s, silent horror and British Public Information Films, Possum presents a unique, stylish and dark on-screen world with a compelling score from the legendary Radiophonic Workshop. Having received rave reviews following its premiere earlier this year at The Edinburgh International Film Festival, Possum will screen at FrightFest later this month before a 26th October 2018 release.