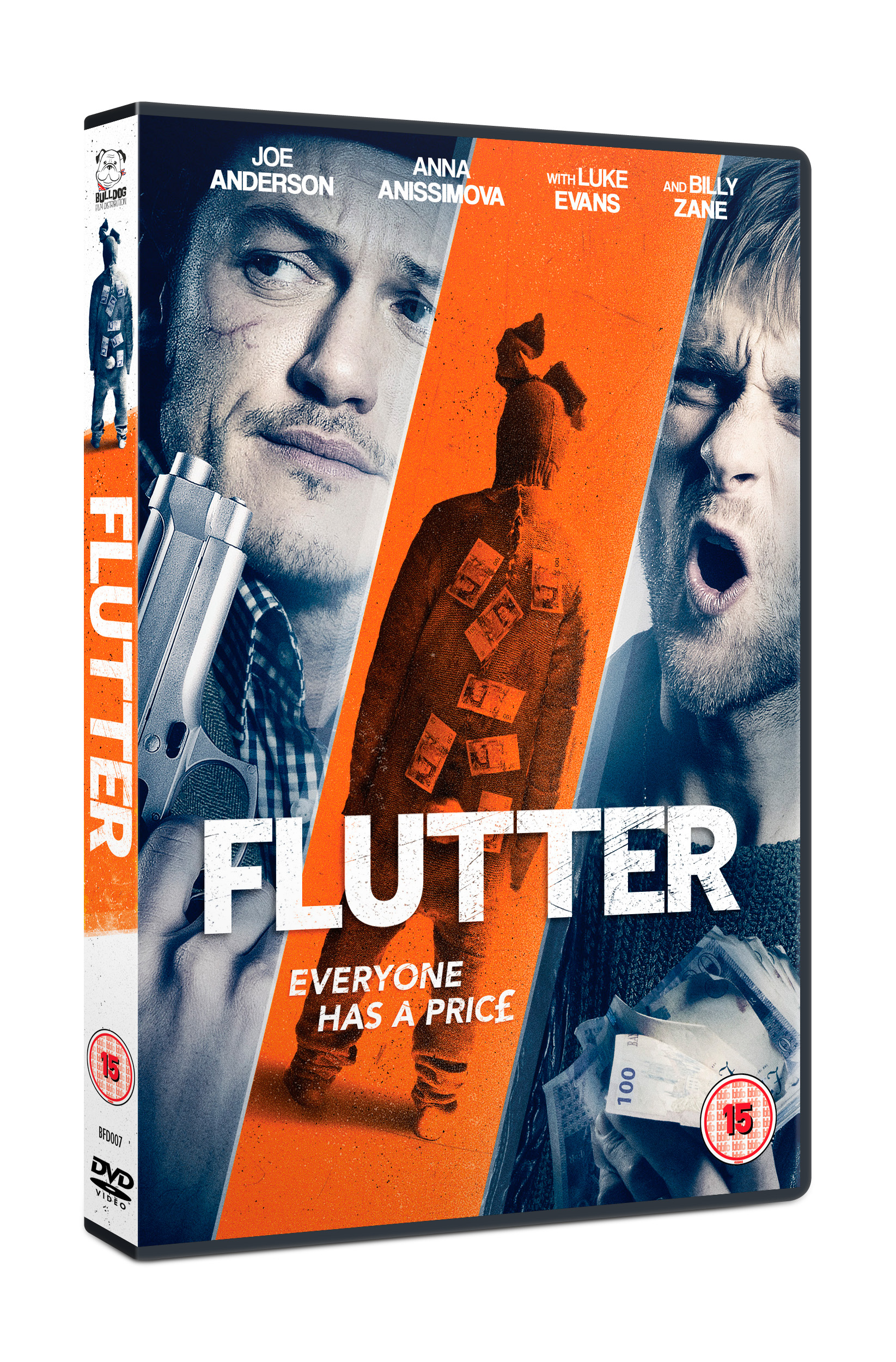 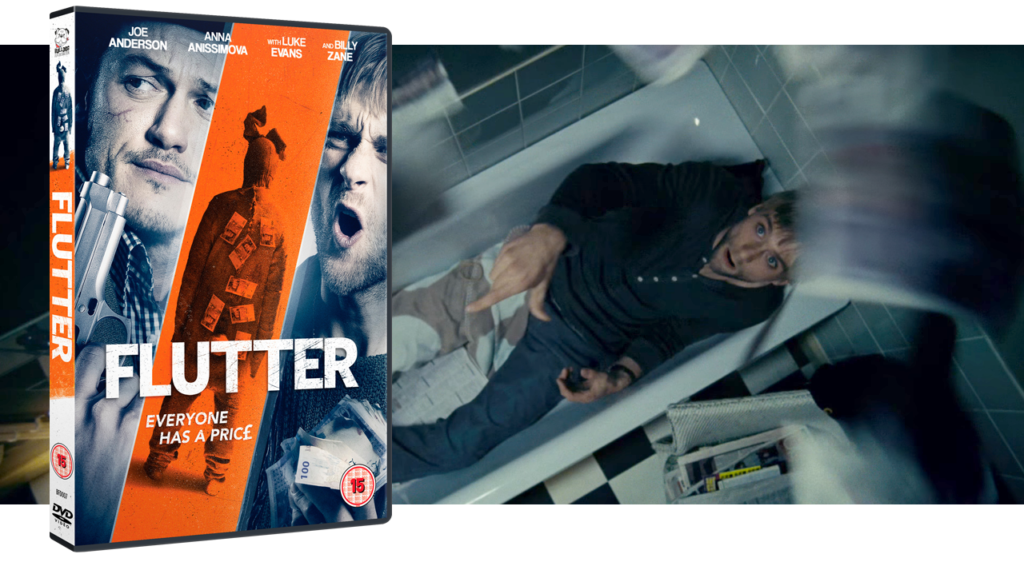 Continuing in the tradition of crime classics like Lock, Stock and Two Smoking Barrels and Snatch, and featuring a cast of homegrown stars and up-and-coming talent including Joe Anderson and Luke Evans, Flutter is the unmissable sexy thriller set in the tense world of gambling. This is British cinema at its best!

Chancer John (Joe Anderson) lives for playing the odds, and he’s always willing to take a calculated risks. But when he meets the mysterious and beautiful Stan (Anna Anissimova) he discovers there’s much more to gambling than just greyhounds and horses. Lured by her huge payoffs, John finds himself sucked into a surreal and dangerous world ruled bymoney, power and control. He’s about to find out that the stakes have never been higher!

Flutter adds its own dark twist to the urban crime world familiar from films such as Lock, Stock and Two Smoking Barrels, Snatch and Layer Cake, making it a killer addition to one of British cinema’s most entertaining and popular genres!

In addition to its high stakes premise, Flutter boasts an impressive British cast. Joining established star Luke Evans (the British actor currently taking over Hollywood!) are up-and-coming talents on the cusp of huge things in the film industry, leading the pack is Joe Anderson, who delivers a great performance as the fly-by-night John.
Dark, gritty and packed with surprises, Flutter is one of modern British cinema’s true gems, a crime thriller you can bet on.