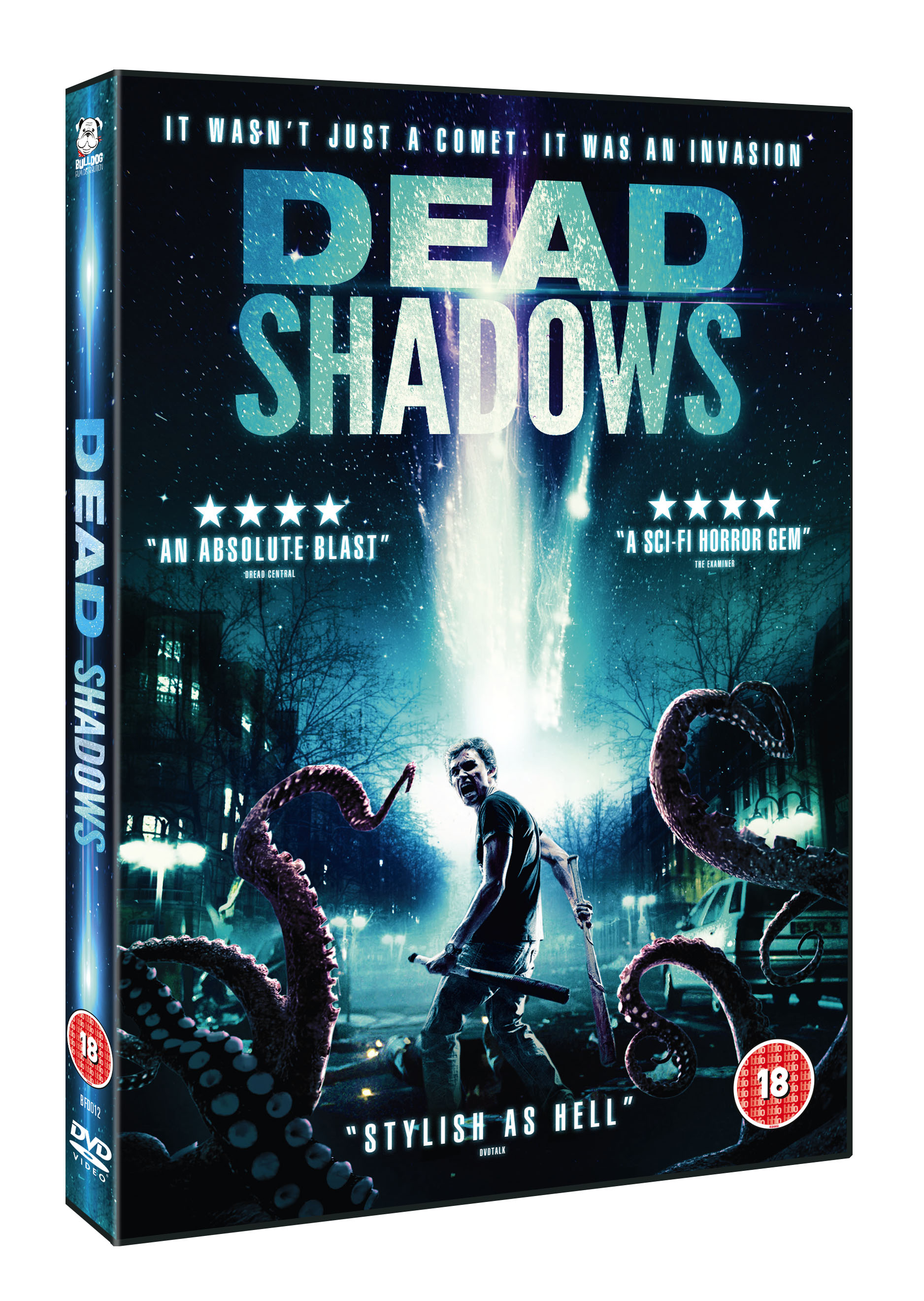 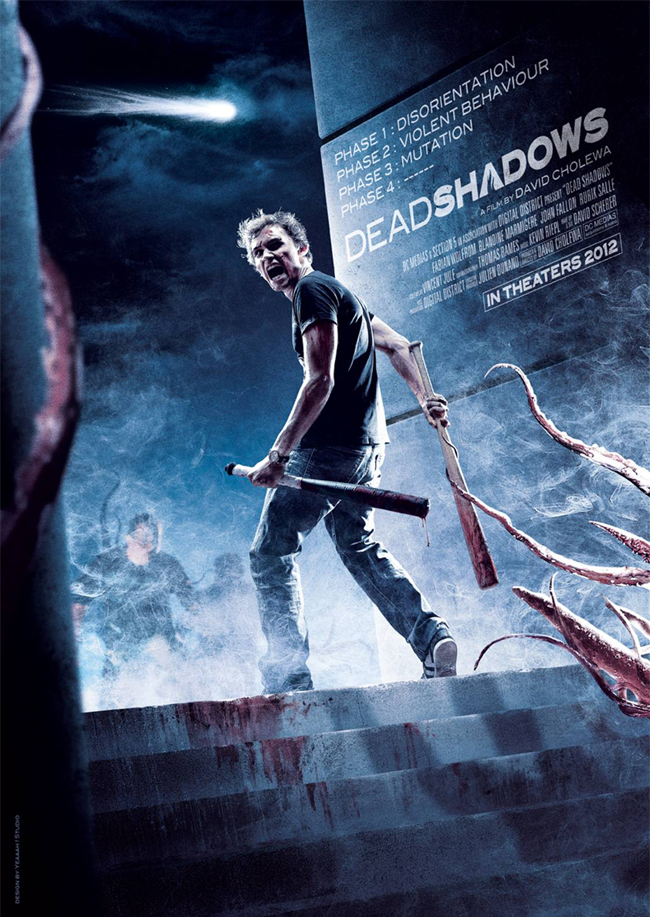 Bulldog Film Distribution are thrilled to announce the creepy and high-octane horror, Dead Shadows will be out on DVD from Monday 27th July 2015!

Exciting debut director David Cholewa delivers one of the most inventive and atmospheric sci-fi horrors in recent years, where the people of Paris undergo an monstrous transformation after a mysterious comet passes through the sky.

Synopsis:
11 Years ago, Chris’s parents were murdered the same day the Halley’s Comet was passing in the sky. Now a new comet has appeared in the sky, and bemused locals gather to view this slightly unnatural phenomenon. As night falls, Chris discovers that people are starting to act strangely; becoming disoriented and violent, which seems to be linked to the comet. It doesn’t take long before people begin to mutate into something far beyond this world. In a fight for survival, Chris tries to escape from his building with the help of a gun-taunting neighbour, but will they make it out alive?

We like it because:
Dead Shadows is one of the true horror gems from the past few years. It’s part zombie film, part alien invasion, with plenty of huge action to keeps things exciting.

As director Cholewa’s debut, it’s also the beginning of what looks like a very promising career in genre cinema. He perfectly balances a high-energy pace with a creepy, atmospheric tone, no matter how much fun you have watching it, you know something horrific is lurking just around the corner.

Dead Shadows, brilliantly conceived creatures of the night truly are the stuff of nightmares, with influences taken from Resident Evil, Shivers and The Thing. These mutating monsters will keep you awake throughout the night, tightly clutching onto your baseball bat and on the verge of a panic attack at the slightest noise or flicker of light!

Recalling everything from the early works of John Carpenter to George Romero and David Cronenberg, Dead Shadows is a classic unnerving sci-fi horror with a very modern twist, not to be missed!