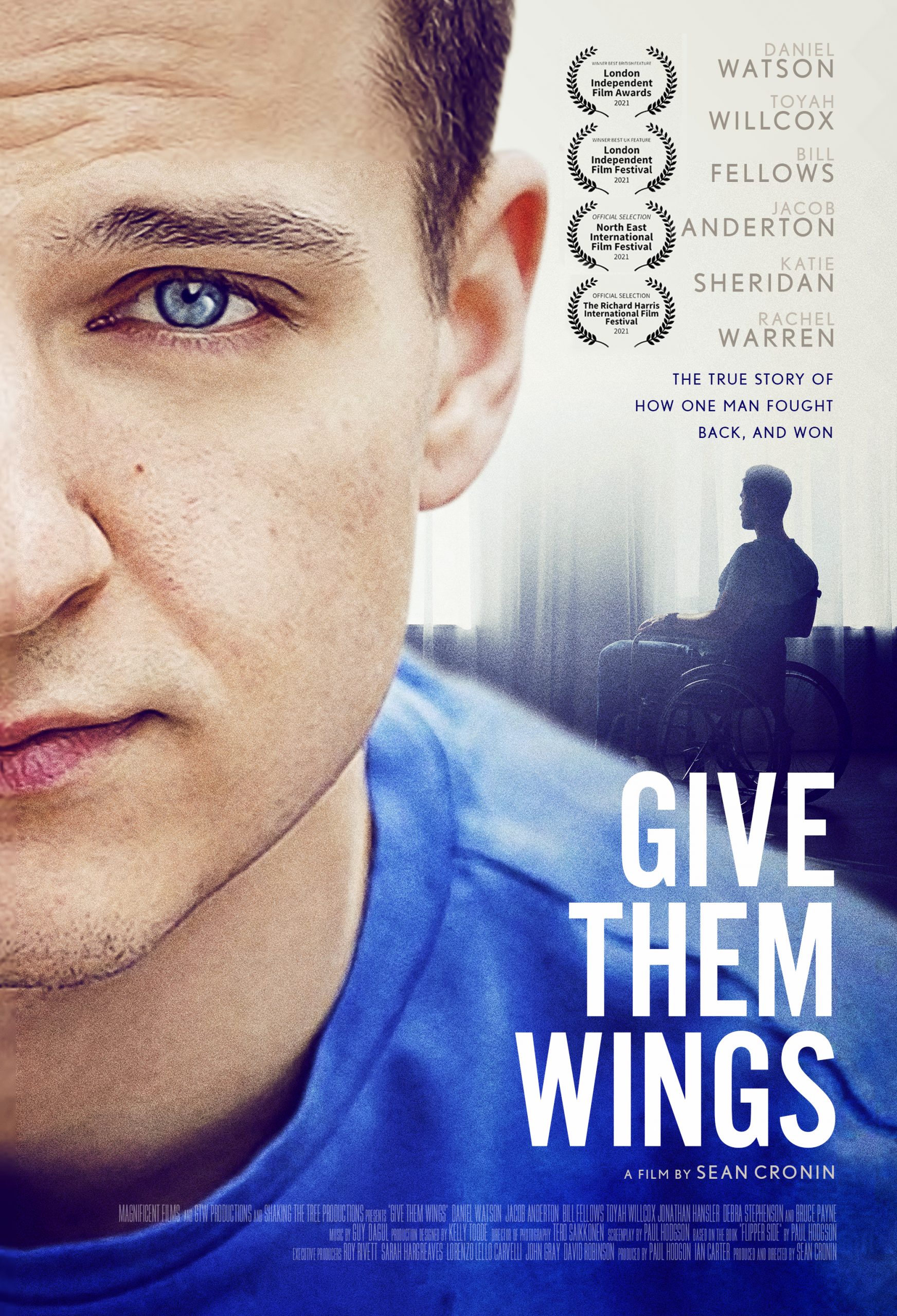 Award-winning drama GIVE THEM WINGS is set to launch its UK release with two gala screening events this July in partnership with Meningitis Now, ahead of its Digital HD release on 1 August.

GIVE THEM WINGS, directed by Sean Cronin (JAMES BOND: THE WORLD IS NOT ENOUGH, MISSION: IMPOSSIBLE – ROGUE NATION), and starring Daniel Watson, Toyah Willcox and Bill Fellows, is based on the true story of severely disabled writer and football fan Paul Hodgson. Paul was diagnosed with childhood meningitis aged just 10 months old; his parents were told he would never move or speak. Paul is now 55 years old and has gone on to become an award-winning film producer and screenwriter. This film charts Paul’s incredible journey of survival, acceptance and success against the odds.

With these screening events we are hoping to raise money and awareness towards leading charity Meningitis Now. An optional donation can be made whilst purchasing tickets.

GIVE THEM WINGS will be available to buy/rent on Digital HD from Monday 1 August.